Jordan, 49, was forced into homelessness after his mental health issues became too hard to deal with. With no one to turn to, Jordan ended up sleeping rough for half a year before our Outreach Team approached him.

“SPEAR rescued me. I lost everything- my wife, my house, my office. Everything was gone.”

Jordan arrived in England after fleeing a war-torn country where, at a young age, he was forced to join the army. As a young adult, his parents sent him abroad to study medicine. A few years later, graduated and married, Jordan returned to his home country but, where the situation had worsened, he was captured, tortured, and raped.

Jordan and his family managed to flee and start over in the UK where he ran a successful small business.

“I had mental problems. Because of all these things happening to me, my life was turned upside down.”

After a few years, however, Jordan’s mental health worsened leading to drug addiction, a relationship breakdown, and losing his business.

While living on the streets, Jordan attempted to end his life.

“If I’m alive now, it’s thanks to SPEAR. I couldn’t hold my situation.”

Jordan was first accommodated in one of our houses of multiple occupancies but, as he found it difficult to trust and engage with people, returned to the streets. He explains that street homelessness also “broke something inside him”:

Jordan was then approached by SPEAR again. This time, Jordan was accommodated in a one-bedroom flat via our Housing First scheme which gives people a stable home from which to rebuild their lives with intensive, person-centered support.

With the support of his key worker, he has made tremendous progress and is now clean of street drugs. He attends drug and alcohol service meetings regularly with his support worker and is due an assessment for his mental health soon, to explore therapy options.

Jordan still struggles to engage with others but has built a formidable relationship with his support worker. Due to his anxiety, he could barely leave his house but in a matter of months, he was attending all his health appointments and is undertaking an English language course at college.

“Thank you to SPEAR, and a special thank you to my support worker. I’m so relaxed when I speak to you, I can speak easily. If I can give one piece of advice to someone homeless, I would tell them just go to SPEAR!”

*Our client’s name has been changed for privacy reasons.

Housing First uses independent, stable housing as a platform to enable individuals experiencing multiple and complex disadvantages to begin recovery and move away from homelessness.’   Find out more here. 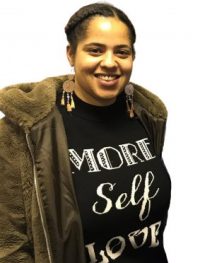 Sophea was introduced to SPEAR after successfully completing a twelve-steps course in order to overcome addiction.
Read more